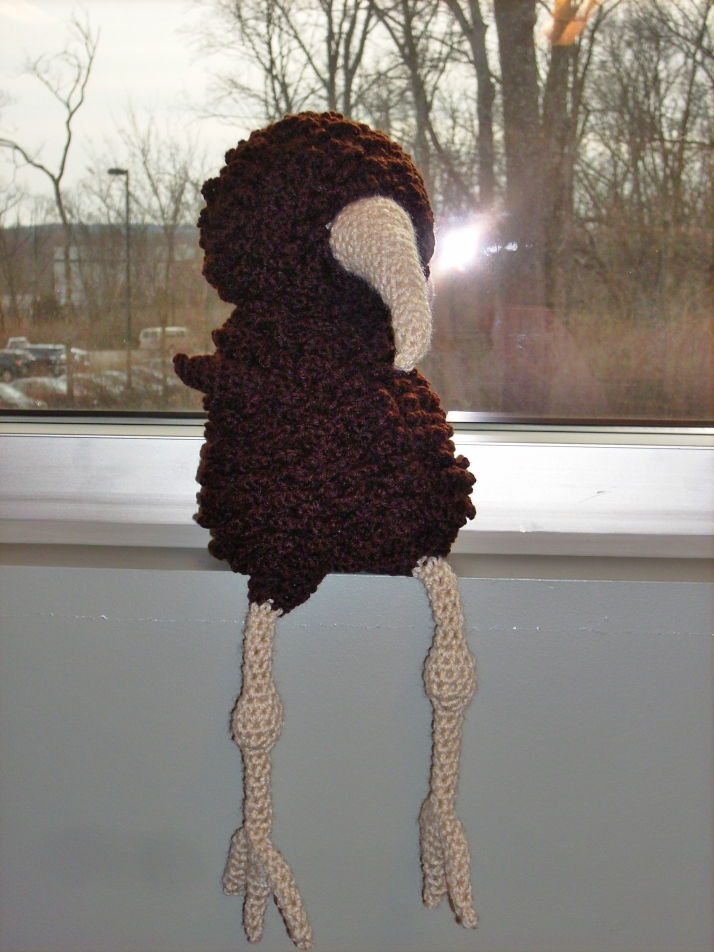 As I was ordering Edward’s Menagerie Dogs book, I realized I never made anything from the Birds book.  Thus the next crochet project was a bird.

Ethel the Kiwi is a level one.  I picked out this one since it was simple and the embellishments of loop chains is easy and similar to the sheep I previously made.  Like before, I used a size H crochet hook and Red Heart yarn for my bird.

The birds are definitely more tricky than the original menagerie.  The legs are very challenging.  I had never had to split a round before and that is the method used to make the toes.  Also, the thin 6 stitch sections made it hard to stuff the knee of the birds.

The body and head are constructed as a single piece.  I was afraid of over stuffing my kiwi that before I was doing the loop chains, I went back and added stuffing to it.  It is possible after the piece is closed up.  I used a pencil eraser and small amounts of stuffing and pushed it through the stitches up near the neck of the bird. That was where the lack of stuffing was the most noticeable. 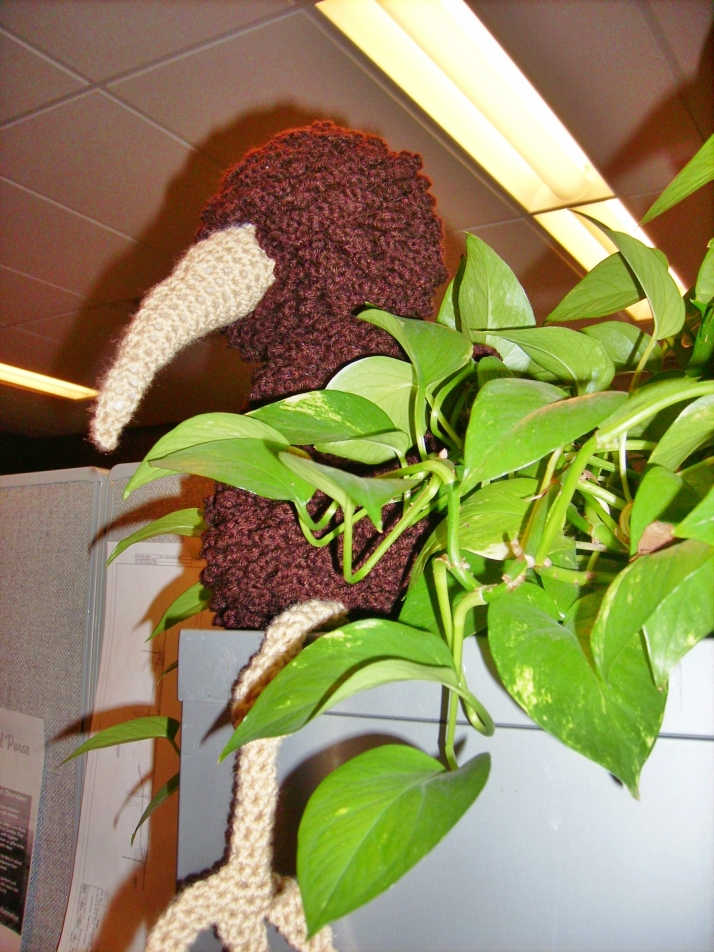 I think I prefer the original menagerie over the birds and am not sure if I will make another bird.

Right now, I am working on several skirts and finishing up a new outfit for Kirsten.  With nicer weather coming soon (hopefully), I should be able to get a few projects that are lacking pictures taken to share on the blog.

A Damsel in This Dress

My life in stitches - adventures in the world of costuming...

Historical clothing and patterns for 16" and 18" dolls
modistrasews.wordpress.com/

Sewing for the Modern Maker

Free, printable doll clothes patterns to fit dolls of many shapes and sizes.

A Sewn, Thrifted , and Refashioned Wardrobe

Envision It, Plan It, Create It

A website and blog about textiles (especially knitting), and other things....

Escaping the real world through books

Research into historical Scottish dress and culture, by a Sassenach

Got 99 problems but a pocket ain't one.